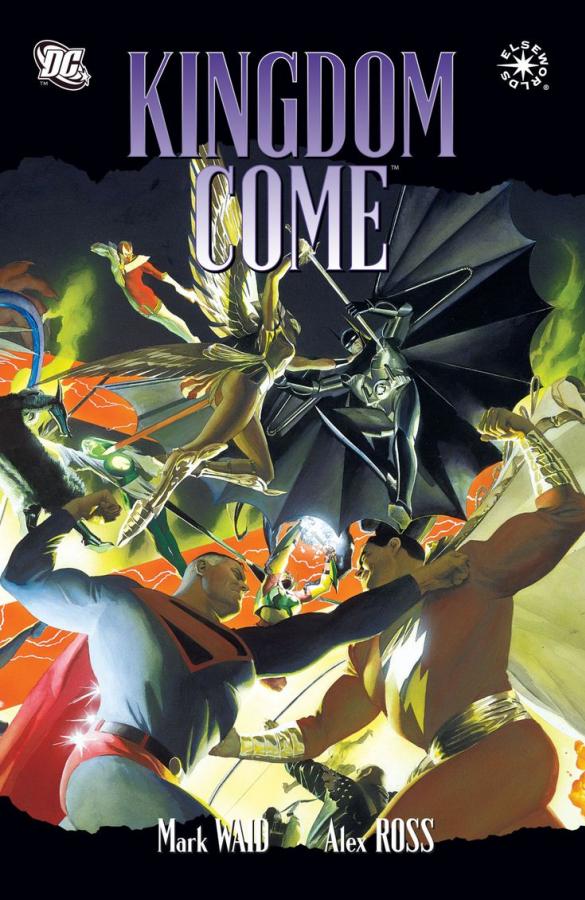 The unforgettable, best-selling miniseries by acclaimed writer Mark Waid and superstar painter Alex Ross returns, with a sketchbook section, annotations on the series, rare art and more! Set just after the dawn of the 21st Century in a world spinning inexorably out of control comes this grim tale of youth versus experience, tradition versus change and what defines a hero. KINGDOM COME is a riveting story pitting the old guard--Superman, Batman, Wonder Woman and their peers--against a new uncompromising generation and ultimately in the final war against each other to determine nothing less than the future of the planet. Collects Kingdom Come #1-4

Writer Mark Waid, coming from his popular work on Flash and Impulse, and artist Alex Ross, who broke new ground with the beautifully painted Marvels, join together for this explosive book that takes place in a dark alternate future of the DC Superhero Universe. Batman, Superman, Wonder Woman, and almost every other character from DC Comics must choose sides in what could be the final battle of them all.

This TPB edition collects “Kingdom Come” #1-4, plus an epilogue (exclusive of the collected TPB edition), an introduction by Elliot S. Maggin (who did the prose novelization), and a Sketch gallery (including a guide of the characters portraited on each individual cover of the original comic book issues).