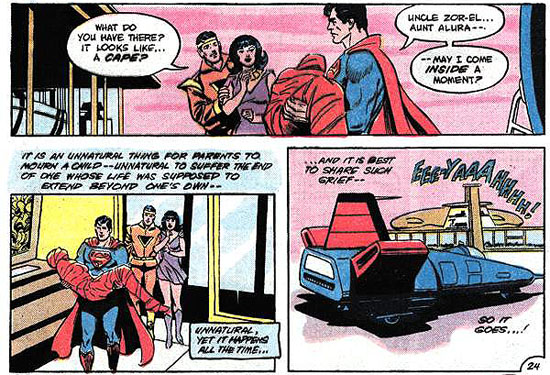 I would bet you everything I own that the sound effect was added by the editor, not the writer. I loved Julius Schwartz like a grandfather, but he was not a fan of the more subtle moments.